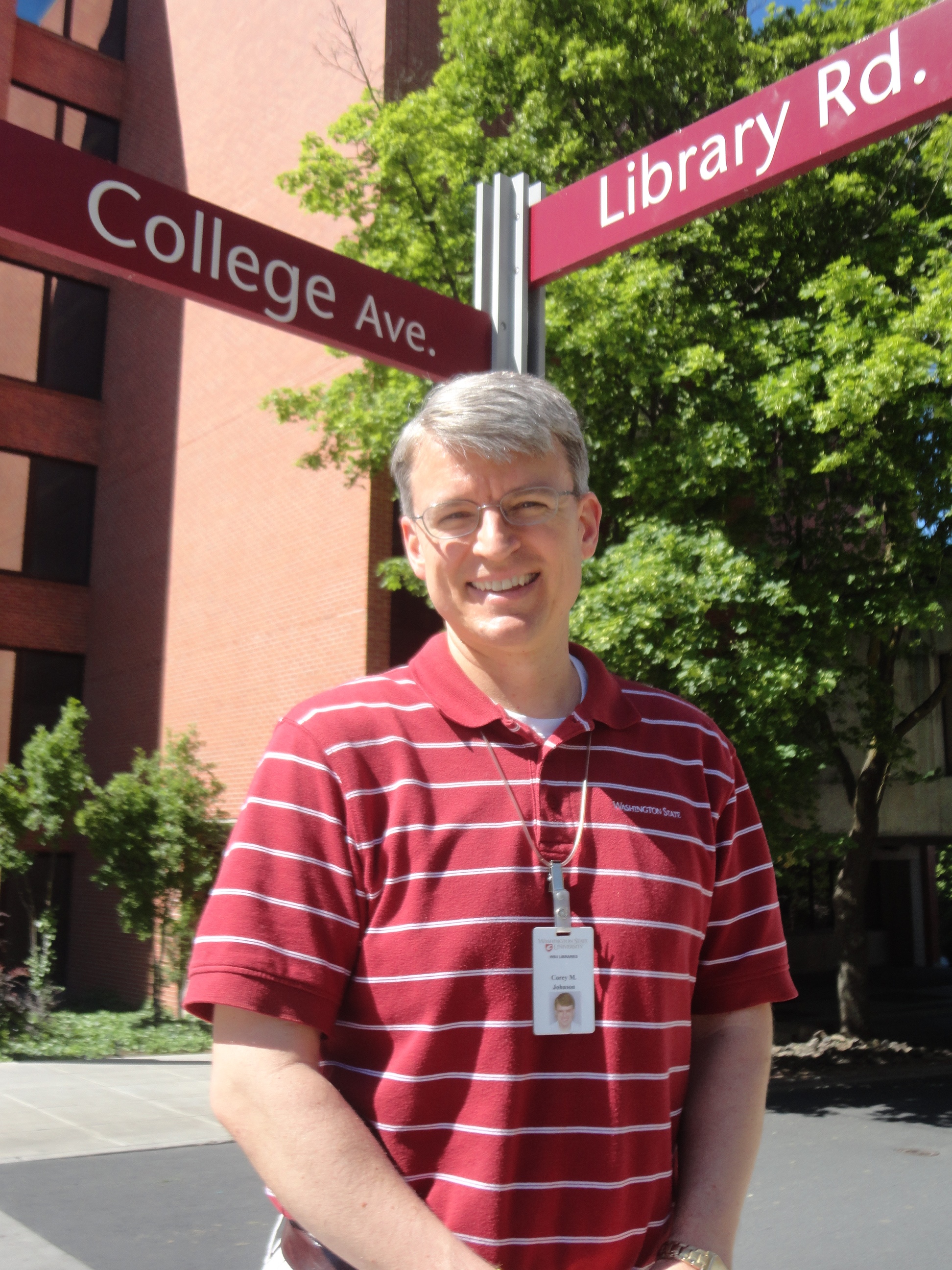 Berman offers a concise yet informative history of United Fruit, the predecessor company to Chiquita, which Berman reports recently merged with the Irish banana company Fyffes that supplies most of the European banana market. Just three companies – Chiquita-Fyffes, Dole, and Del Monte now control over 80% of the global banana market. While the companies argue that consolidation enables them to “[grow] and [sell] the best product under good working conditions that are respectful of the environment,” Berman reports that in fact monopolization has not just created infrastructure linking the agricultural sectors of Central America to global markets, but has also contributed to some of the worst human rights violations and environmental destruction since the late 19th century. For her article, Berman interviewed University of New Orleans anthropologist Steve Striffler, co-editor of Banana Wars: Power, Production, and History in the Americas. According to Striffler, “United Fruit [was] sort of the most notorious,” wielding “considerable power over local governments.” Ultimately, the recent Chiquita-Fyffes merger demonstrates the longevity of large-scale banana production over the long 20th century and the continuation of the political influence and unrest created by such corporations in the tropics.

Cagle offers a concise description of United Fruit Company, Formed in 1899, United Fruit became integral to a growing global consumer economy whereby European and American companies exercised tremendous commercial and imperial power in Africa, Asia, Latin America, and Oceania. By the 1930s, United Fruit supplied tropical products, including bananas, sugar, and cacao from plantations it owned and operated in Nicaragua, Venezuela, Guatemala, Honduras, Costa Rica, Panama, Columbia, and Ecuador. Cagle notes that one of the primary tactics used by United Fruit was to import laborers from the West Indies. Many plantation workers in Central America were of Jamaican origin, for example, and were often used to undercut the wages and bargaining power of local peasants, in Guatemala, for example. Though brief, Cagle’s encyclopedia entry confirms what Cocks and Colby in particular (see next two entries) argue: that race played a critical role in the politics of bananas and other tropical export commodities from Central America.

Cocks, Catherine. Tropical Whites: The Rise of the Tourist South in the Americas. Philadelphia: University of Pennsylvania Press, 2013.

Cocks posits that from the 1880s through the 1940s, the growth of the US tourism and leisure industries transformed white Americans’ relationship to the “tropics,” spaces that included not only Southern California and Florida, but also the Caribbean and Central America. Critical to this process of refashioning images and experiences of the tropics was the United Fruit Company, which operated a cruise ship line called the “Great White Fleet.” This was of course not the main business of United Fruit, which operated vast banana plantations in Central America during the early 20th century. Thus, Cocks demonstrates that “Southland” tourism was inextricably linked to the expansion of US commercial imperialism in the tropics. Cruise ships, private resorts, and passenger railcars offered middle- and upper-class Americans the ability to exercise in cultural ways the kind of imperial power wielded over Latin America and the Caribbean by US corporations. Yet, rarely did these tourists actually witness the working and environmental conditions among the banana groves. Thus, while tourism made more visible the tropics for ordinary (albeit wealthier) Americans, it did not completely unmask the bloody conquests that attended the privilege to vacation.

Colby begins The Business of Empire with the brief account of a labor strike and uprising by black West Indian banana workers on United Fruit’s Cayuga plantation in Guatemala in December 1909. United Fruit demanded that the Guatemalan government meet the strikers with brutal force in order to deter other workers from revolting. Though the strike ended peacefully in part because of British pressure on the Guatemalan government to use restraint, it nonetheless offers a glimpse of the deeper history of race relations within the Central American banana industry, then and now dominated by international (mostly US) corporations. But Colby cautions against the assumption that the uprising that was, in part, conditioned by the practices of segregation on United Fruit land in Central America (as well as the Panama Canal Zone), simply a case of transplanting Southern racial practices to US commercial spaces abroad. Instead, Colby suggests that the practices of racial segregation and other forms of racial and labor oppression practiced by United Fruit was in fact born in the tropics and conditioned by empire. Ultimately though, racial hierarchies became paramount to the ways in which global banana production functioned across borders and oceans.

Gleijeses offers a concise yet complex treatment of Jacobo Arbenz’s land reform and public works (modernization and infrastructure) policies during the early 1950s. Without any North American or World Bank capital forthcoming, Arbenz sought to generate the necessary funding through land reform. While Arbenz was not a Communist himself, he surrounded himself with Communist Party members and increasingly sought their advice. Gleijeses contends that Arbenz came to see land reform as the necessary catalyst for an agrarian revolution in Guatemala. As such, the secretive nature of his land reform bill, which he kept from his official cabinet during its drafting phase, immediately angered the landed elite, government officials, and of course US officials in Washington, which came to see Arbenz as an enabler of Communist influence. Gleijeses also notes that Decree 900 (the land reform bill) offered landed elites to disseminate propaganda among the peasants they ruled over, claiming that the Decree called for the “collectivization of their wives and children.” Thus, despite the fact that peasants stood to gain much from Arbenz’s reforms, United Fruit and its local elite allies diminished the enthusiasm that Arbenz counted on to push through his reforms. Gleijeses offers this project much needed historical detail and nuance regarding the crafting and reception of Decree 900 as well as United Fruit’s role in the events of the 1950s.

New York Times readers in the early 1950s would likely derive from the newspaper’s coverage of Guatemala that Jacobo Arbenz and his agrarian reform policies were not only Communist in origin but therefore anti-American. Gruson’s “special” to the New York Times reported the appointment and arrival of US ambassador John Peurifoy, who the Times described as a “plain-speaking forceful diplomat” with credentials in shoring up US economic interests in Greece in the aftermath of World War II. Gruson expected a “change in the asserted passivity with which the United States has watched the growth of the Communists’ influence” in Guatemala. Gruson ramps up the rhetoric of capitalism and democracy as mutually sustaining enterprises, arguing that Peurifoy is reported to have told Guatemalan officials that “the United States people, after spending so much blood and, incidentally money to preserve freedom, would never look favorably with a government that worked hand in glove with the Communists. The blanket phrase “the Communists” is telling here. Gruson assumes, and therefore leads his readers to assume, that Arbenz and his inner circle of agrarian reformers, are merely stooges of the Soviet Union. Gruson’s article portends an increased US pressure to get rid of Arbenz, but he also suggests that a blatant US intervention would stir up “anti-Yankeeism” in Latin America and play into Soviet hands.

Streeter raises, among others, two important questions germane to this project: “What role did the [United Fruit Company] play in the [1954] US intervention in Guatemala?” and “did anticommunism serve merely as the pretext for overthrowing a nationalist regime that threatened US hegemony?” Streeter answers both questions by examining how previous historians have approached the same questions, offering insight into political, economic, and social factors that have shaped those interpretations. He identifies three kinds of interpretations – realist, revisionist, and post-revisionist – that have competed over how the US public understands and remembers the 1954 US intervention. Realists, on one hand, have tended to see Soviet expansion as a real threat, the US intervention, in their minds, was ultimately justifiable in the context of the Cold War. Revisionists, on the other hand, have blamed the intervention on anticommunist hysteria among US Cold warriors, and thus see the government as simply acting in the interests of United Fruit irrespective of any real Soviet expansion. Post-revisionists, Streeter contends, have been concerned with the “cultural and ideological influences that warped Washington’s perception of the Communist threat.” Some post-revisionists have minimized the role that United Fruit played in the intervention and have instead argued that anticommunism was so rampant within the Eisenhower administration that it would have moved to overthrow Arbenz without the influence of United Fruit. This project will critically assess whether or not this particular post-revisionist argument holds water, or whether or not historians ought to allow United Fruit a more integral role in the coup.