Learn about the Holland & Terrell Libraries' game checkout program, including circulation policies and our collection of games! 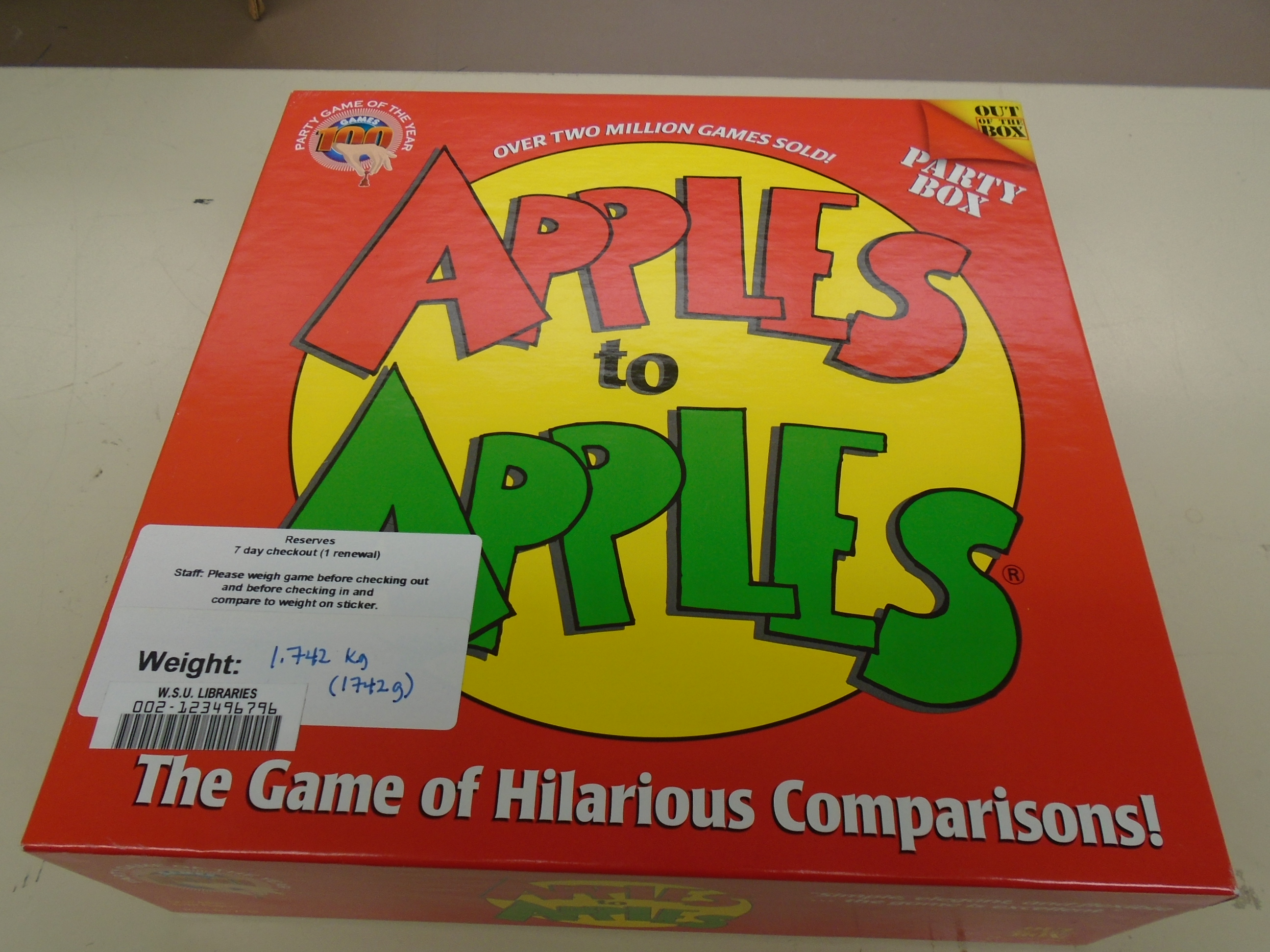 Apples to Apples in SearchIt