Evaluating News: "Fake News" and Beyond

A guide to evaluating news for credibility 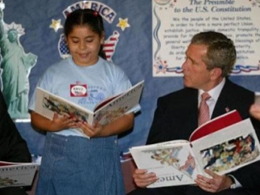 Often photographs are recycled and/or doctored to fuel interest and provide visual "proof" for fake news. Knowing how to do a reverse image search can help you identify most photographs like this.

No, President Bush was not really trying to read a book upside down.

You can do a reverse image search in Google Image. Google Image is especially useful for identifying the author/artist of an image and for finding similar images so that you can see how they were used. It's also pretty good at showing you previous uses of the image online.

To do a reverse search in Google Image, you can click on the small camera icon and past in the web address for the image you are investigating.

This will bring up a results screen showing similar images as well as listing other uses of the image. Some images are used a lot and you may have to look through a few results screens before you find the first usage of the image online. 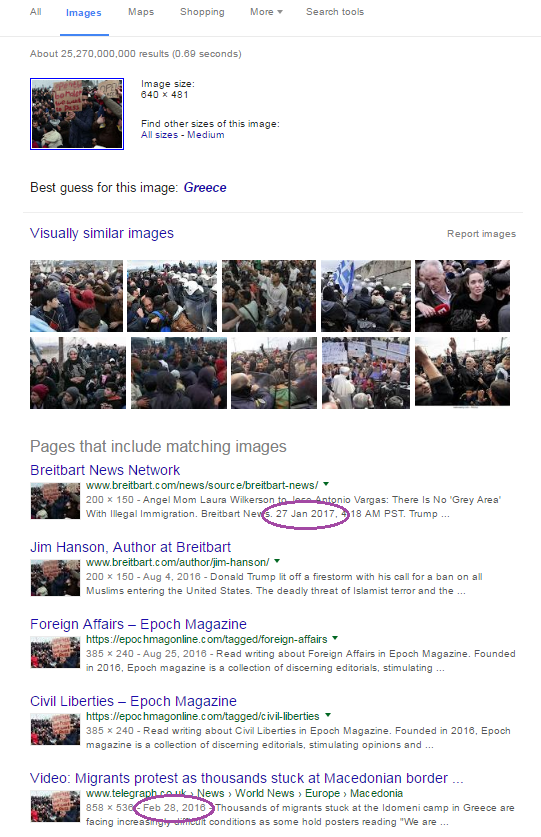 Here's the results screen from a sample image search. You can see that, while the image was being used in January of 2017, it isn't a new photo; it was also used in February 2016.

TinEye is especially good at showing how and how often an image is being (or has been) used online. While it won't show you similar images like the Google Image reverse image search does, it will allow you to how an image may have been edited for use by different people online.

To do a reverse image search in TinEye, you can upload an image that you've saved or enter the url for the image in the search box.

TinEye will pull up a list of other places where the photo has appeared online. You can sort the list by "Best Match" but also by "Most Changed," "Newest," and "Oldest."  You can also filter by collection, to get an idea of how a particular website used the image. 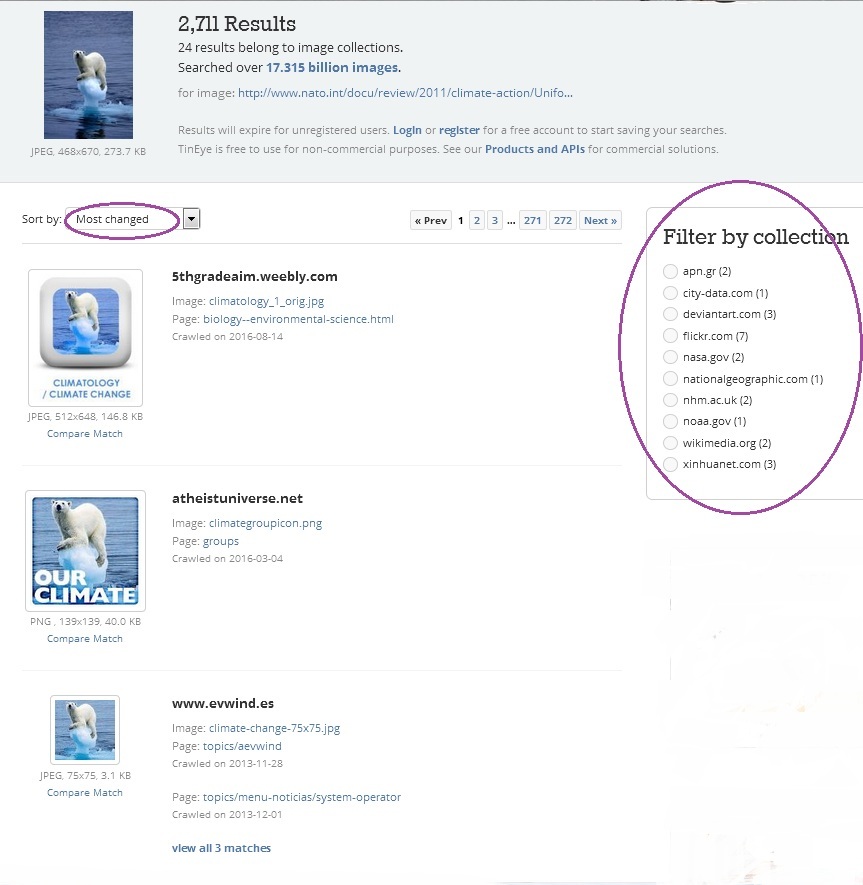